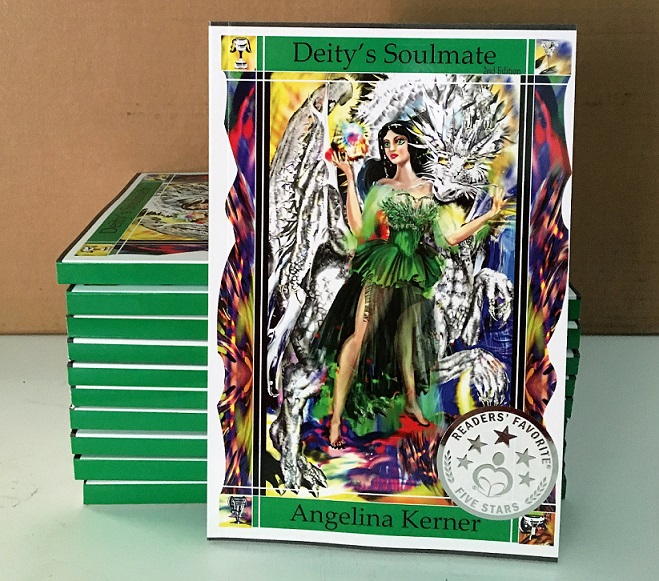 Deity’s Soulmate: Edition 2 by Angelina Kerner is Volume 1 of The Goddess Training Trilogy. Athena’s daughter, Gardenia, takes up a dare to see the worst of mankind and heads down to Earth. Not happy with what she sees and thinking that she can do so much better, she decides to reform the whole galaxy. The trouble is, she didn’t get permission from Zeus to do this and, as a punishment, she is given 100 years of coursework to complete on how to create a new world and subjects. Gardenia opts to complete the coursework by tracking down a race of dragons believed lost and, in the process, discovering ancient secrets. The last thing she needs to worry about is tracking across the universe to meet a dragon though; there are long-standing tensions between the deities and the dragons and Gardenia is at risk of attack. This doesn’t stop her and so she meets Ri, the dragon she has been seeking, the man of her dreams, or both. With Hera setting traps at every turn and the Fates plotting their own plans, what is Gardenia to do? Stay and fight or turn tail and run?

Deity’s Soulmate by Angelina Kerner is a unique tale, a completely fresh look at the gods and the goddesses. It was an amusing read, a modern twist on ancient history, and the way it was written makes it all feel so real. There is plenty of description in the book to bring things to life, but not so much that the story is overwhelmed. This was an interesting read, more of a coming-of-age style of story with an ancient touch. The character development was excellent, leaving me in no doubt whatsoever who each of the characters was and what made them tick. I found the story slowed down a little in the middle, but it soon picked up again. Looking forward to reading the next one in the trilogy! Highly recommended for any reader who wants an in-depth but light look at the deities, and the addition of dragons lends it an even more mystical air.