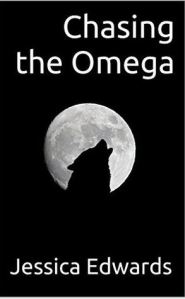 Source: Kindle Unlimited and I heard about it on Goodreads

I chose to read the book because the author promoted in a Goodreads group I am part of and because I liked the title. I haven’t read about werewolves lately which was a needed change. I needed a simple, easy-going read over the weekend for when I was walking my son and this turned out just that. It did have some typos but they didn’t stand out too much.

The characters were all different and I liked that the main character was named Alice. A nice change to fancy names that pop up in books lately. My favorite character was her best friend, Sam. She was a nice treat though had a mouth on her. Alice is a strong character, though believed fast into what happened to her. It felt a little rushed, but worked out pretty okay, especially when she started to get to know Ryder and the rest of the characters.

So a little bit about the book. It has werewolves, learning about how to be a wolf, and a string of murders. The string of murders isn’t the only thing that needs to be solved for Alice. Alice also needs to solve the mystery that is Max. So that’s two mysteries which create a pretty strong story line. This is book 1 of the series and looking forward to reading book 2.

Warning: It does end on a cliffhanger so be prepared to wait for book 2.