Posted on November 10, 2017 by kernerangelina

Don’t miss the Trivia posts in my Blog! From November 20th to December 14th, I’ll be celebrating Follow the Snowflakes with trivia! Comment, like, or share the day’s post for entries to win swag. The more you participate, the better chance you have at winning! Participate for a chance to win puzzles, magnets, signed copies, and other items.

I decided to have a practice run for the 25 days of Follow the Snowflakes Trivia Party Starts November 20 #swag #kernerangelina #contest #pre-release party with Deity’s Soulmate – my fantasy novel. I’ll post one new trivia once a day this week. Please share, comment, and like! Let’s do this!

Oh, guess there’s needs to be an incentive for this sooo There will be 3 lucky winner to get a Kindle of Deity’s Soulmate! One for likes, one for comments, and one for shares. 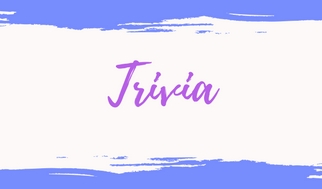 So, Deity’s Soulmate is only book 1 in the series. In book 2, there will be more gods, goddesses, dragons. Some drama with the Fates, and some new beings that were really fun to write about. I really really want to talk about them, but can’t…well not yet. Oooo they are so fun.

Anyway. I got some feedback from readers about my dragons. Feedback being – too many male dragons.

My best friend sent me a Dragon figurine and said that’s my next female dragon.

So my question for you guys – what should she be protecting? Yes, she’s going to be Gardenia’s teacher but she could also be protecting something hidden in that chest.