Posted on February 20, 2018 by kernerangelina

Hello my beautiful friends and readers,

It’s STILL going to take longer to count up the winners from my trivia party. I’m really sorry about that.

Why? Because my house is still a mess. 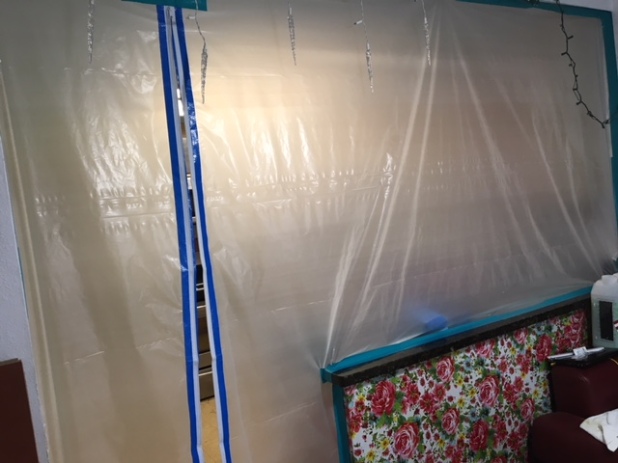 The tent! It’s still standing! And, I still don’t have a floor. It took me most of December and part of January in talking with house insurance about coverage. They wanted to deny me coverage after telling me to hire water mitigation. When their bill showed up at $4K I had enough. I maybe talked with 4 managers and wrote to the Better Business Bureau and at the end I won. The insurance covered the water mitigation bill and helped with the bill for the floor and walls. The construction company will start on February 26th! Fingers crossed.

IF that wasn’t enough:

My garage door broke down. It took two weeks to deal with the HOA and garage door companies. I ended up getting a new garage door for $3700. Can you say credit card companies love me? Yes, they adore me. The increased my line because of it…and I should be thankful? I was crying. But, hey at least now my garage door isn’t going to kill one of us.

AND IF that wasn’t enough:

Thanks to my floor and walls being bad in the kitchen, my electricity also broke on the wall that’s missing half of itself. I hired an electrician and he ended up fixing electricity in almost the entire house and he was the first because in my past experience, my lamp on second floor hadn’t worked in 10 years and no one could fix it – until him. I think he was one happy electrian because his bill was umm over $1200.

And the day before my son turned 1 year old, a member of my family got laid off so it got even more difficult! I’m afraid to think about what happens next!

Because of that, I started two services. I will promise that I will do my best if you contact me about them.