My Journey while writing Deity’s Soulmate

is a work of paranormal romance mixed with parables, poetry, soap opera and Hellenic cosmology.

I absolutely adore the twins, Ri and Ra, and of course, their father Villam.  In the future, I am hoping for my sister to draw them in their human forms. The cover shows Ri in his dragon form… so three guesses on how Ra looks. 😉

Recently, I went to a ceramic painting studio and chose myself a dragon, Villam, to be more precise.

It took about six hours just to do his scales! I’m so very proud of my work.

Drum roll please! Or Get ready to set the fireworks out in the field.

Book Two is coming along nicely. I am thinking the cover will have Gardenia with Ri in their human forms. Not sure about their environment yet, though. So far, I have forty pages… mainly because I keep rewriting this one scene! It has to be perfect, just like their soulmate bond.

There will more illustrations  to enhance and supplement the descriptions and dialogue, so don’t worry, you’ll get to see more of my favorite couple… though they do rival Omari and Zack in my not published novel…. but that’s for another post. 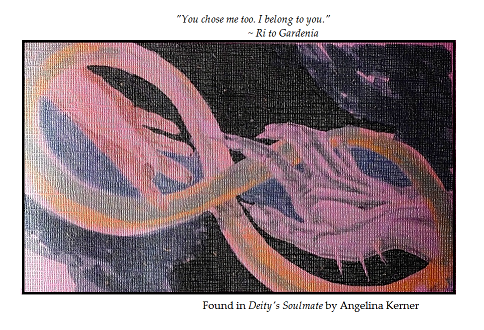 Book Review: 251 Things to do in Tofino

Source: Received as a gift for an honest book review

Before reading “251 Things to do in Tofino,” I have never taken the time to read guide books before. Thank you to the author for letting me know about her work, it was a superb read that I could not put it down. It took everything in me not to research every website provided, and yet I have visited the photo galleries and the jewelry websites. Out of all the photographers who reside in Tofino, I fell in love with the works by James Cedar. His work is so powerful and it calls to you to visit Tofino.

Kait’s list sounds fun and at times expensive. Also, the different events makes me think that one needs to move to Tofino to live there for a year to truly understand the tight community and explore all the nooks. If I ever visit Tofino, I will reread the book and ask locals about the secret places that are only known to them. All I would have to do is wear the right clothing, talk the lingo, and tell that I believe into Iisaak, Qwa’aak qin teechmis, and hishuk ish ts’awalk. If you would like to know what those three terms mean, get the book!

After the list of things to do, Kait added letters from the people living in Tofino. All of them can write! It is like they are wizards who put spells onto readers to come and join their community. Hypnosis to the max. Also, I think it was great for Kait to mention about the firefighters, police, and other people who help keeping the community safe. I started wondering if the place is the safest community out there with all the bright recommendations. So, it is good to know that the people look after one another and have all the necessities.

Overall, it was pleasure to read this book. I would recommend to anyone who is thinking of visiting Canada and looking to visit not just Victoria but something more magical. I’ve been to Victoria a couple of years ago and I remember it pretty well, now all I have to do is save money and make plans to visit Tofino, myself. 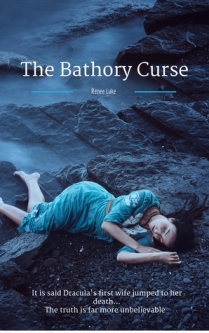 Source: Received a free copy for an honest review

Before reading The Bathory Curse, I don’t think that I’ve read books that had the ‘real’ Dracula in them. It’s always been about hot young vampires pursuing young mortal girls or young mortal girls fighting against vampires. Renee Lake has the king of the vampires pursue his first wife who became a Strega after she was brought back to life thanks Bendis, Goddess of the Night, Magick, and the Hunt.

However, the short synopsis on Amazon intrigued me. It took me three evenings to finish the novel. The story was well told, though it has missing punctuation, typos, and no family tree. I counted over thirty-three characters which appeared and reappeared through the twenty-four chapter novel. A family tree would certainly help the reader not get lost who is who… especially the women who spent centuries in limbo. Note: The missing punctuation and typos did not stop me from enjoying the story.

It is a story about Dracula’s first wife, Nea who will forever look to be twenty-five years old woman. After she is saved by Bendis, she has to break the curse that has haunted her family for years. Over the years, she gains allies in her strogi, her vampire husband, other Strega, and mortals. So I would say the premise and the plot are very good.

The story is actually quite complex and I would give 5 stars alone for the fact that the author got this story finished and published. I can tell that the research portion of writing this novel took a long time and it was a pleasure reading. My favorite characters are Sabine and Nea. They are great friends.

However, I think that there are areas that can be improved. We see a vampire for the first time in chapter 5, I was waiting to read about a vampire and thought he or should would show up in chapter two or three. In chapter 9, we learn that the Bathory women are part of different lines. I believe that information would have been good to know a little bit earlier because it came as a surprise. Also, I would have liked to see more scenes with Costica. It seemed that there would have been more of him. However, one of my favorite scenes was when Nea, along with her friends, went looking for the flower. It would have been interesting to see what Sabine’s ‘nightmare’ was.

Overall, it was pleasure to read this book. I would recommend to anyone to read it who is okay with adult scenes, dark characteristics, and fantasy aspects about the gods.