Book Review: The Girl Who Could Change Fate

Posted on January 16, 2017 by kernerangelina

Book Title: The Girl Who Could Change Fate 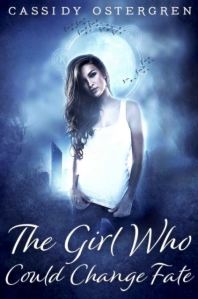 One of the reasons of why I decided to read the book was the cover. Isn’t pretty? I do admit the synopsis fools you. I really thought it would be more dramatic, though it did have that flare.

Lacey is a fifteen year old girl with a power of changing fate and she’s not the only one. There are others with similar gifts and what’s more is that there’s an organization which is against the ones with those powers. There’s a big hint that there will be a book 2… mainly due to another organization popping in.

It is a book for teenagers, especially modern ones because there were words which I had to look up or ask my friends to define them. I can’t talk like a teenager anymore and this book proved it… yikes!

Overall, it’s a great fantasy story which can be read in one sitting. Recommended to all.